The Center for the Study of Democracy, Bulgaria, in co-operation with Konrad Adenauer Stiftung, organized a panel discussion yesterday on the space occupied by media freedom in Southeast Europe during the COVID-19 pandemic.
This panel concluded that excessive government control, the slide of democracy based on the pre-existing trend of media capture and the tightening of the space for media freedom, are similar consequences when it comes to the imposed COVID-19 measures throughout Southeast Europe. (Click here to read full article.) 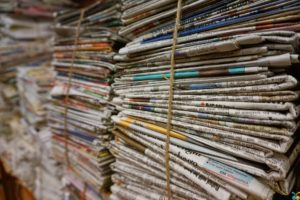 Ruslan Stefanov, Program Director of Centre for Study of Democracy pointed that  disturbing trends could be observed during pandemics, adding that in addition to the deteriorating economic situation of the media, the internal tendencies of the authorities could also be observed.

„First is the return of the global power politics and fight for hearts and minds, especially in SEE“, he said.

Zef Preci, Executive Director, Albanian Center for Economic Research (ACER) from Tirana said that at the time of the pandemic COVID-19 media did not have the means to monitor and verify the information released by the government and the role of the media was to clarify the information, not to provide information. new.

„The anti-defamation package was adopted by the Parliament, although all international bodies expressed concerns over it, as it gives Government the authority to regulate online media, for example by blocking a web-site“, he pointed out.