Albanian Media Council held this Thursday training with young journalists under the MATRA project at the World Press Photo Exhibition, in the presence of the Ambassador of the Kingdom of the Netherlands in Tirana, Ms. Guusje Korthals Altes. 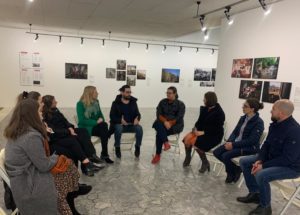 Journalists in a debate about ethics in the presence of the Ambassador of the Kingdom of the Netherlands, Mrs. Guusje Korthals Altes.

The exhibition “World Press Photo 2019” on her tour around the world also comes to Albania, showcasing the stories that matter with photography from the 62nd annual World Press Photo contest. The winners were selected by an independent jury that reviewed more than 78,801 photographs entered by 4,738 photographers from 129 countries. 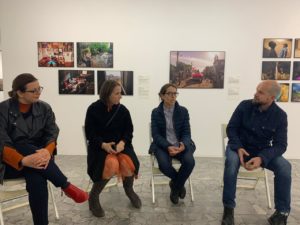 The discussion with the young journalists focused on the importance of photojournalism in the Albanian and foreign media, asked by Ambassador Ms. Altes, the journalists showed the problems of ethical reporting through photos such as the dilemma of publishing juveniles, family members and victims in accidents or disasters.

The team’s ethical leader, journalist Alfred Lela, emphasized the need for any ethical decisions to be made on a case-by-case basis, and explained cases where the general good weighs more than privacy, which causes some photos to be published with the intention of raising the alarm for a a humanitarian emergency situation, for example.

In the photo series of the exhibition, what impressed the audience were: football fans in Iran, the juvenile lying on the mattress surrounded by debris, and the juvenile receiving medical treatment. 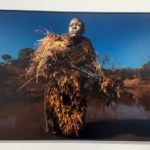 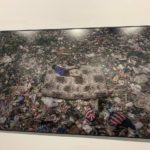 As part of the Matra project of the Embassy of the Kingdom of the Netherlands, the AMC will train on-going 72 young journalists working in various portals, to engage them more in the approach to ethical journalism.