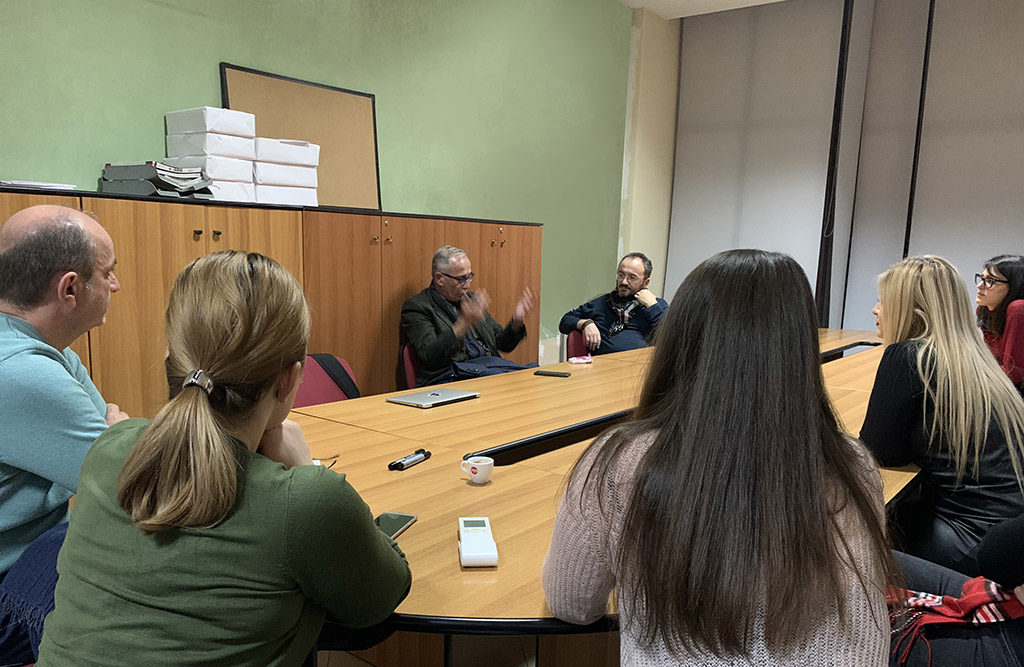 The Albanian Media Council visited the editorial office of the Panorama newspaper on Friday. Panorama, one of the oldest newspapers still in print, has an ongoing online publication. One of the topics discussed at the meeting was the establishment of the Alliance for Ethical Journalism (AEJ). Newspaper reporters asked who the media outlets would be involved and whether they could meet ethical standards.
Another part of the conversation focused on the ethics debate in the newsroom. Mr. Mark Marku, one of the ethics experts accompanying newsroom meetings, brought his experience of raising ethical debates in the newspaper, and how that debate had radically improved the work of journalists.
Panorama reporters hold daily debates with the editor-in-chief on daily ethical issues, one of which is in related to the chronicle. Should everything be published or should the unethical information be filtered, which can lead to clicks but weakens the quality of reporting.
One of the topics discussed was the case of “Zogu i Tiranës”, and whether reporting details of his sex life was ethical or not. The general consensus was that the part of reporting on prostitution mattered to the public, but the media that started publishing names, photos and details of his private life clearly violated ethics. Equally illegal was the leak of this information by the investigative bodies.

The visits to newsrooms, kindly supported by OSFA – Open Society Foundation Tirana – have been a unique way to get in touch with the work of journalists and have an open debate about ethics with them in their workplaces.