Unlike many other universities that AMC has visited during the universities’ tour where most students aspire to a future in communication or PR positions, at the Univ. A. Xhuvani in elbasan, most of them dreamed of journalism. 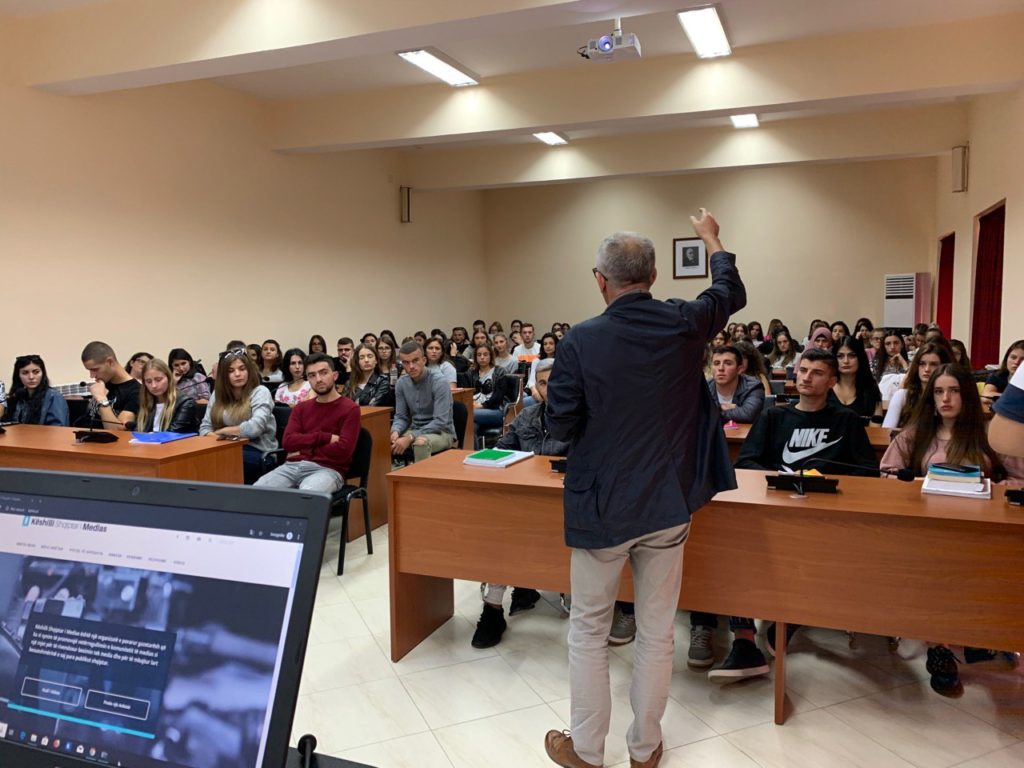 Prof. Mark Marku with students of Journalism in the Uni. “A. Xhuvani” of Elbasan

The students were well aware of the ethical problems that the media present in the country and presented their concerns during the debate. They expressed the need to regulate the lack of ethics in the country, although they were well aware that this could not be done through state regulation. According to Mr. Mark, if it were necessary to choose between a quality but state-controlled journalism and a non-quality but free journalism, the scales should skew the latter. 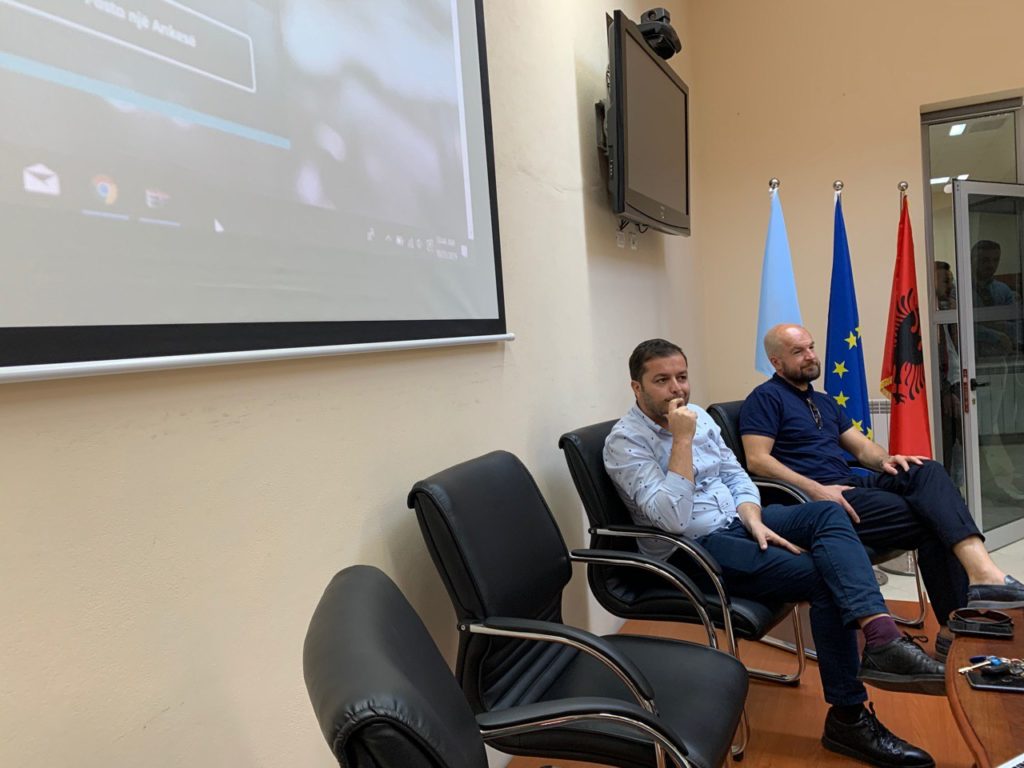 Jornalists S. Shameti (center) and A. Lela (right) during the visit in the “A. Xhuvani” University of Elbasan

One of the ideas hinted by the students was to create an institution similar to the Journalist Order (as it is in Italy) which would be able to “certify” journalists employed in the media to guarantee their ethics. Although the journalist Lela considered it necessary to have a qualitative hierarchy in journalism, Mr. Cukali argued that this would affect the freedom of anyone who does not have a certificate to engage in journalism, or even in the form of citizen journalism. 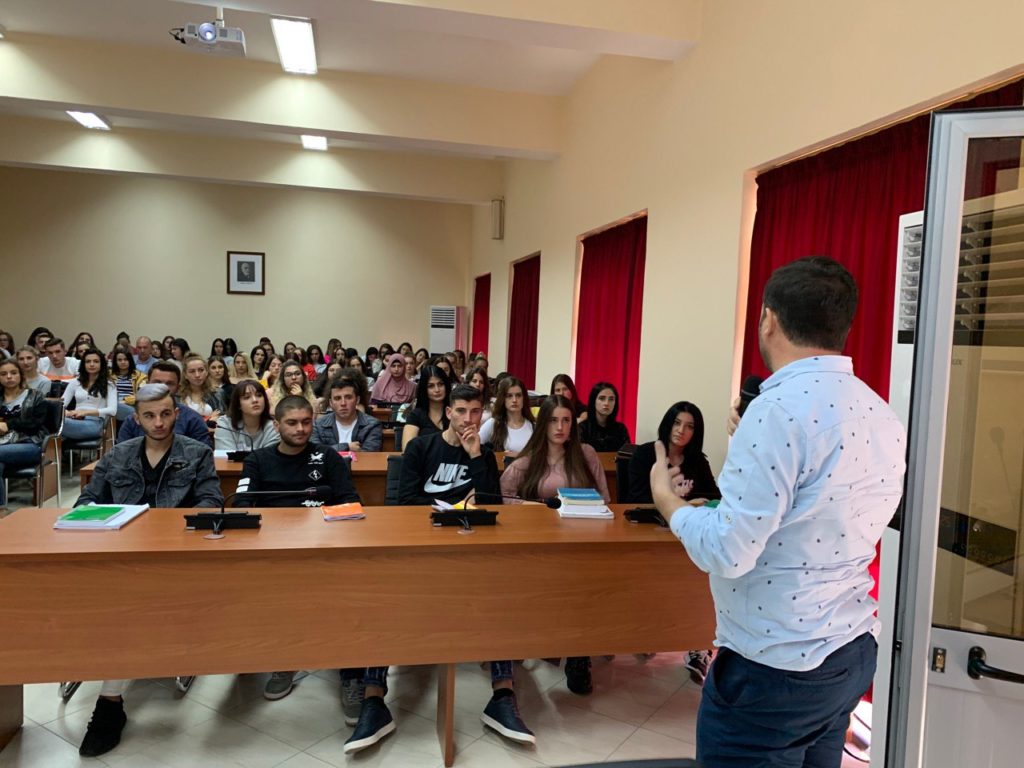 Jornalists S. Shameti debating with the students of “A. Xhuvani” University

Students and professors of the University asked AMC to raise the standards of journalism of today, but in the end the overriding idea was that the public, who through their “clickings” is the ultimate “certifier” of the media quality, was of primary importance.

If the audience prefers to click on the journalism of “spectacle” and abusive media, it will create space for this journalism to flourish. The more illiterate the media audience is, the more the unethical media will thrive.