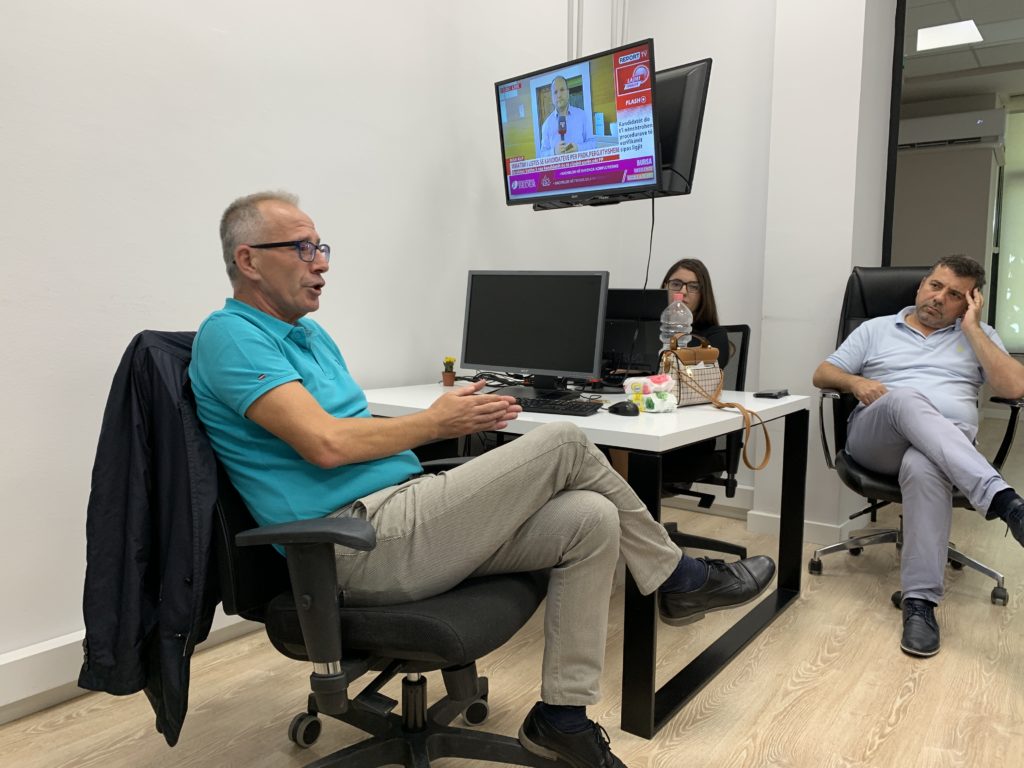 Prof. Mark Marku, during the visit in the newsroom of Dosja.al

The Albanian Media Council resumed visits to the newsrooms of the Albanian media, visiting today the newsroom of DOSJA.AL where for 90 minutes there was a wide conversation on the ethics and everyday problems of the new media. Dosja.al is one of the few portals that puts the names of reporters on the homepage, an action that demonstrates a commitment to ethics and responsibility for published articles.

Journalist Sokol Shameti, during the visit in the newsroom of Dosja.al

The lack of media ethics in the recent earthquake panic,was also dscussed in the meeting. The panic was created above all by the need to shock instead of reporting the news.
One of the most pressing problems of online journalism was also discussed, the need for “clicks” abusing “ethics”.
“Writing about a banal status form a singer  takes thousands of clicks more than writing about water scarcity in the city,” one reporter noted. According to ethics’ expert, pedagogue Mark Marku, this is a temporary situation, similar to the “frenzy” in the post-90s media, but later, the development of the society only selected serious newspapers, instead of the unethical ones. The chaotic situation with the new media and the severe lack of ethics in some of them will in a few years lead to a selection of serious non-abusive media.
According to journalist and ethics’ expert Sokol Shameti, “switching from getting the news from newspaper news to getting them from a portal is similiar to the switch from craft to industrial production, and we need to find the means for “industrial production” of news to maintain the same standards and quality that had the “craft production” of news.
The CJM left the meeting with the feeling that another media outlet is committed to ethics and that an alliance of ethical media outlets in Albania is possible.