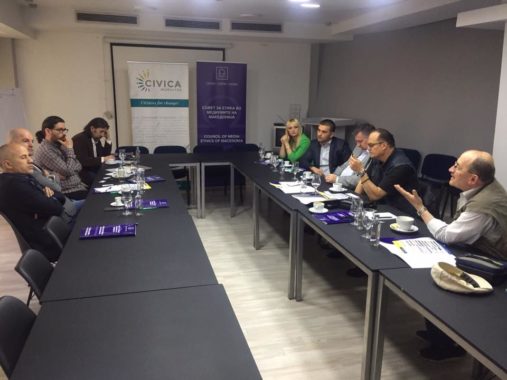 On April 20th, the Albanian Media Council (AMC) paid a visit to the Council for Ethics in Macedonia. Created a few years before the AMC, the Ethics Committee in Macedonia (SEMM) is currently one of the most important players in the Macedonian media. Albania and Macedonia have a similar issues regarding state of journalism and ethics in the media, thus, this exchange was important for the AMC in order to identify the challenges ahead. 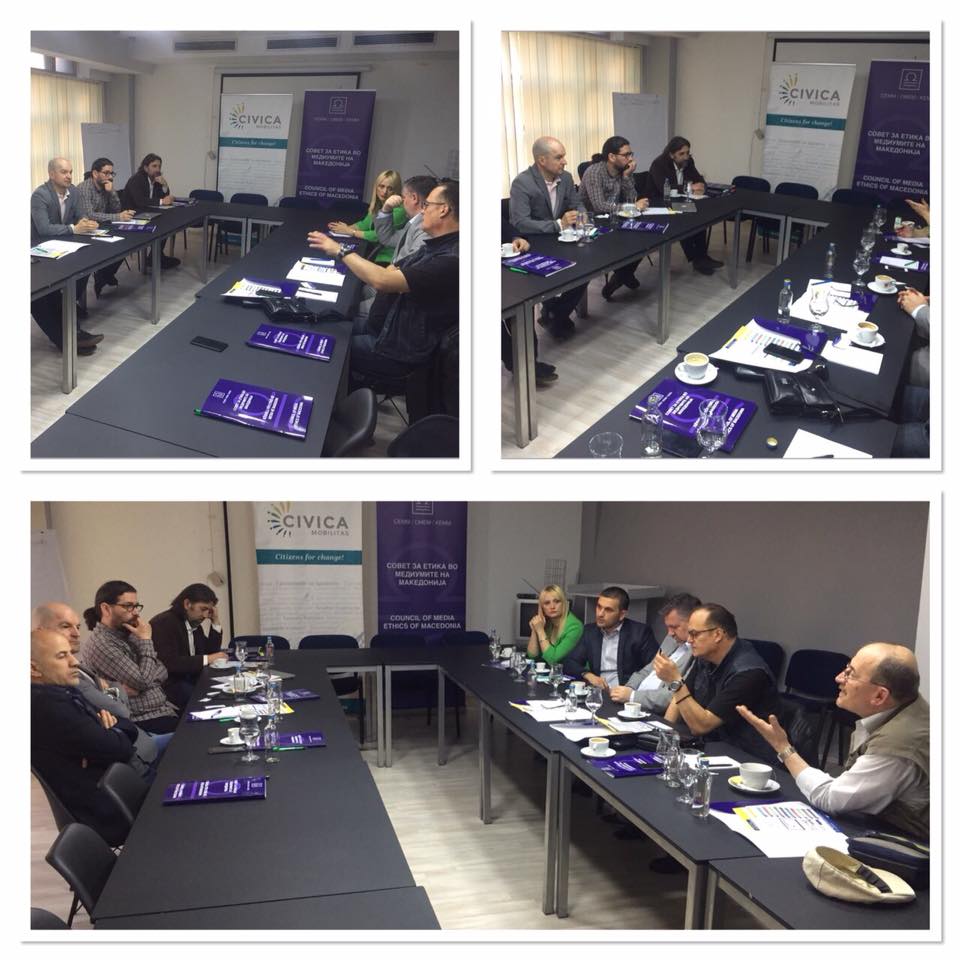 The meeting, held in the Journalists’ Club, highlighted some important issues. It indicated that   to be visibly close to the public, AMC needs to engage in problems that sometimes go beyond ethics. The situation of journalists, for example, has a direct impact on their ethical performance at work, so SEMM reacts to events that affect the status of journalists.

SEMM is also active in relation to the hate speech, which is present in both countries.

A positive achievement of SEMM was the fact that they made reference to lawyers who seek their opinion before trial. A phenomenon that has sought mediation and has been successfully resolved by SEMM is, for example, stealing photos from third parties.

Members of the SEMM advised AMC participants in the meeting to support the creation of an umbrella organizations for journalists to facilitate media coverage in the CMP.

This meeting will be followed shortly by members of SEMM in Tirana.