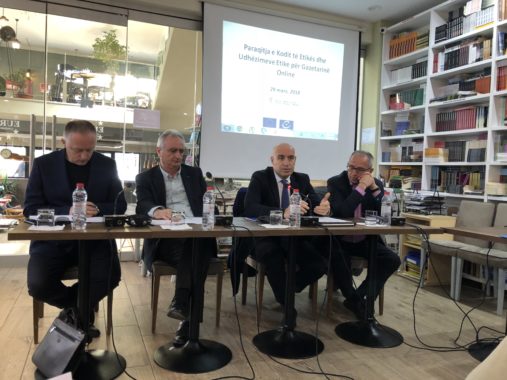 On March 29, The new Code of Ethics of Journalist, an important event for the media community, was presented during a meeting organized on this occasion in the Tirana Times Library, which was attended by journalists, publicists and other media representatives and media associations.

The Albanian Media Council, as part of the working group in designing the new code of ethics for the journalist, was present at the meeting with the Executive Director Mr. Koloreto Cukali.

The Journalist Code of Ethics (2018), prepared in the frame of a joint project of the Albanian Media Council and the Albanian Media Institute financed by the European Union and the Council of Europe under the JUREX program, aims to bring an updated version of the code that reflects the vast pace of media development. 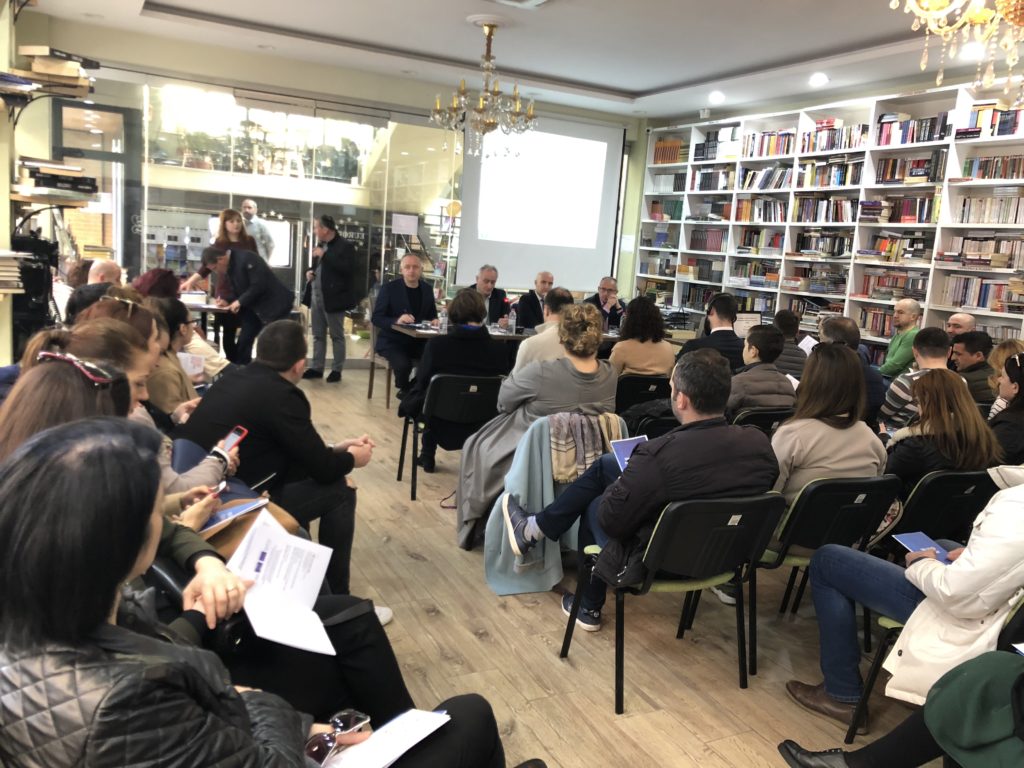 Olsi Dekovi, deputy director of the Council of Europe in Albania, said, “Freedom of expression without violating the right to privacy are the two essential elements of ethics.”

Incorporating regulation for on-line media as a rapidly-exploding media, but also in need of orientation because of the chaos it has created, is the new element of this code.

Mr. Koloreto Cukali said in his speech that in Albania there is “chaos, and public rights are easily violated. The Albanian Media Council as a watchdog for the implementation of ethics is the only way to self-regulation. ”

Albania, which is the last in the region to set up a Media Council, is in a situation where the thriving of online media is accompanied by a violation of ethics. According to Cukali, the monitoring carried out by the Council in the last month in only 10 media resulted in over 70 violations of ethics.

Cukali went on to say that the closer we get to Europe, the more the road gets narrower and the chaos will be solved. “The road is long and there are difficulties starting from media owners who are not interested in following the ethics path and continuing with journalists who do not have time and are badly paid and the general public that has become apathetic.” 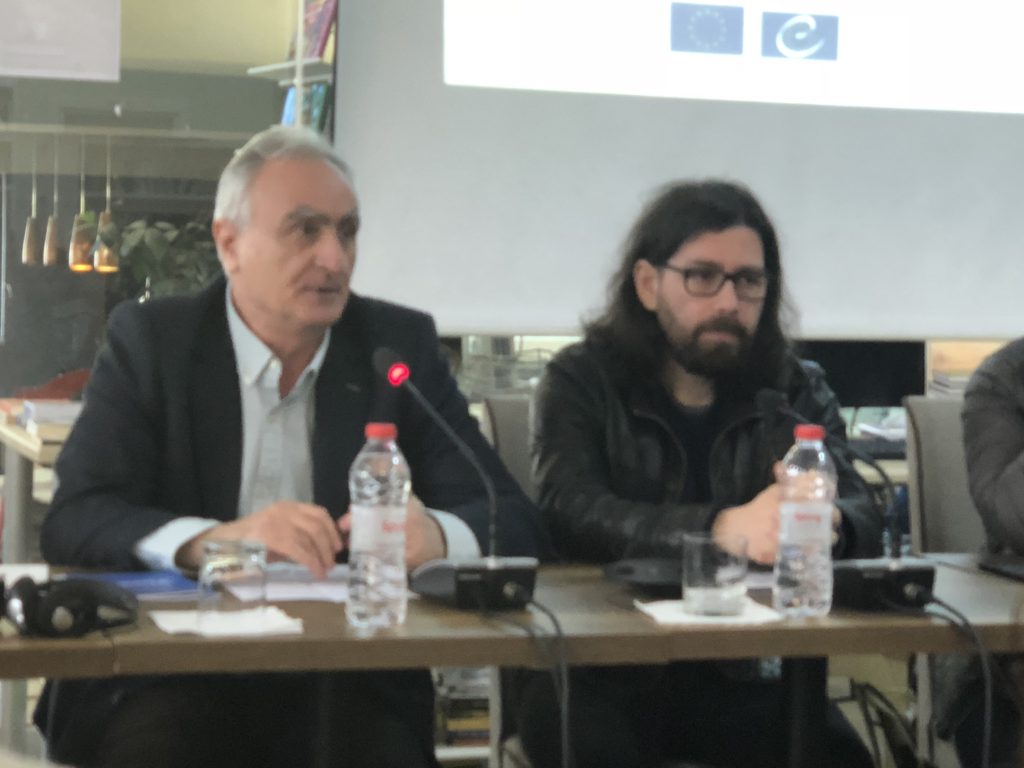 The latest version of the Code dates back to 2006 but does not apply. Continued violations of the code by journalists have become standard, while editorial attention to these violations has weakened.

But according to Mark Mark, one of the experts who drafted the new journalist’s code,  one of the members of the Ethics Board at the Media Council, “Ethics is a norm and its implementation is a time-consuming process. According to Mark we do not have to worry about why it is not a law that in that case regulation would take the place of self-regulation, while actually they ere are two different things.

By quoting Citing Aidan White, founder of Ethical Journalism Network, Mr. Remi Lani, who leaded the team of experts said that “the journalists has no freedom of speech but contained speech. The journalist is a journalist because he applies ethics “he said.

While Blendi Salaj, journalist and member of AMC said that “these guidelines for ethical journalism are not a limitation but a way to do online journalism properly”.

The Albanian Media Council aims to strengthen and ensure the implementation of the Code of Ethics as the best way to promote self-regulation and improve the quality of media in Albania.

The council was established two years ago but has started its activity in September with the review of complaints submitted by the public for breaches of code and rights to pricacy.